Solution. During construction of the Judge Steve Herrera Judicial Complex (the Judicial Complex), a light non-aqueous phase liquid (LNAPL) plume was discovered at the water table beneath the site. As a result, Santa Fe County (the County) stopped work to develop and implement a remedy to address this contamination. INTERA completed a soil and groundwater investigation that showed the LNAPL plume was predominately present in the proposed location of the subsurface parking garage. Furthermore, it was determined that the LNAPL was the direct result of leaking from underground storage tanks located at several former gasoline service stations in the area. The New Mexico Environment Department (NMED) Petroleum Storage Tank Bureau (PSTB) operates a soil vapor extraction system for the areas outside of the Judicial Complex excavation to remediate the historic contamination. To address contamination within the excavation area, INTERA designed a remediation work plan that included isolating the site from the area-wide LNAPL plume using a grout injection barrier wall. The barrier wall was designed to prevent LNAPL from flowing back into the excavation during remediation and construction activities. As part of the on-site remedy, INTERA removed approximately 27,000 tons of petroleum contaminated soil (PCS) within the excavation footprint of the parking garage. INTERA provided oversight of the PCS excavation activities and collected confirmatory soil samples at the base of the excavation to ensure that all targeted soil was excavated and removed. INTERA then worked with the County to develop a long-term monitoring plan for soil vapor and groundwater for the Judicial Complex that is now being implemented. On behalf of the County, we entered the site into NMED’s Voluntary Remediation Program (VRP) and a Certificate of Completion is pending. INTERA’s success in delineating and remediating the soil and groundwater contamination beneath the site enabled the County to resume construction, and the Judicial Complex was opened to the public in 2013. 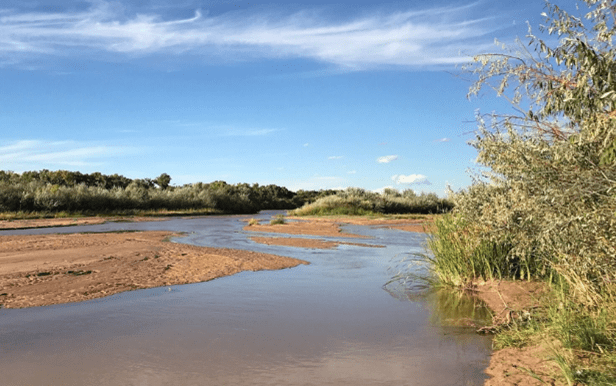