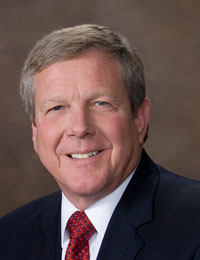 Robert “Bob” Malone has been working in the energy and mining industry since 1978. He served as the past chairman and president of BP America, Inc., which at the time was the largest US producer of oil and natural gas. Over his career, Bob has held a series of senior positions with Kennecott Copper Corp., The Standard Oil Company of Ohio, The Carborundum Company and BP. He also served as president, chief executive officer and chief operating officer of Alyeska Pipeline Service Company, which operates the Trans Alaska Oil Pipeline. In addition, he served as an executive vice president of BP P.L.C., at the time the world's second-largest oil and natural gas company, and was a member of BP's Global Executive Management Team. He also was chief executive of BP Shipping Limited which is responsible for operating the energy industry's largest global oil and natural gas fleet. Bob is currently an independent director of the Halliburton Company, one of the world’s largest oil field service companies, and Peabody Energy Company, the world’s largest private sector coal company. He serves on the Compensation Committee and the Health, Safety, and Environment Committee on both of these Boards. Bob also serves on the board of directors of the privately held First National Bank of Sonora, Texas, where he is currently the president and CEO. He began his board position with INTERA in March 2012.